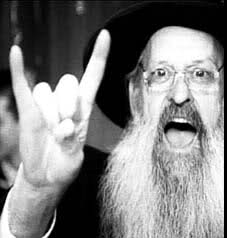 To all, PLEASE take twenty minutes and read every single word of Jim Stones article at the link below prior to reading my new book - The Beacon-Seed.

"Since 2003, Israeli scientists at Dimona have been working on ways to create race-specific bioweapons, and on ways to permanently modify human DNA, so the modified traits are carried from one generation to the next".

This is the exact and specific information that I have been warning people of for over 25 yrs., and proving to them that there exists an evil cult of people who long ago usurped the mantle of the "Hebrew people", pretending to be "Hebrew" outwardly, but who were and remain 100% of Babylonian lineage, religion, and character. I have been interviewed on radio shows proving the historical outline coupled to a timeline of their movements and of WHO they were directly targeting, by all means, possible within the confines of the technological timeframe in which they lived. I have more recently written on the topic that this article covers specifically, which is - Engineered DNA specific bioweapons that this specific group has been working on. BUT NOT for the reasons given publicly, or that most will even believe not having the corrected, historical & religious background yet.

Until you read the Beacon-Seed book, my highly redacted and simplified answer on this topic is, and one that needs to be kept in mind as you read this article by Stone; is that, they have been tracking and attempting to eradicate a specific - BUT GROWING - line of DNA in this world since shortly after Genesis, but seemingly more aggressively after our patriarch Abraham had Isaac. Although my understanding of this huge topic is in total contrast to how too many classically trained, NON-Hebrew academics and non-academic "religious" researchers believe it to be concerning the so-called "Kingly line" of DNA set forth by "GOD" with Adam, and later reemerging in Seth, I will say this much for now:

I have proven via the earliest Hebrew texts, that the blessing of Abraham was NOT mere words or some magical, future spiritual awakening, etc. NOT to say that a future awakening of all affected souls will not come from it someday as our prophets clearly point out, but NOT as virtually all of corrupted Judaism and the Christian cults think it will occur.

In very short - The Eternal Creator of all things quite literally RE-introduced what I coined as [The Beacon-Seed] back through the physicality and the soul of Abrahim to be passed on and INTO all the populations of man from that point forward; like some spiritual and physical immunization! AND, NOT just any "seed" as you might believe it to be within a man, but some kind of DNA manipulator gene that gets in and completely interrupts the entire program of their evil father's corrupted SEED that was injected into portions of humanity before the flood, and then again after.
I have also used, as proof against them, the ancient laws that were given to them from 'their god' which 100% prohibited any marriage, mingling, or living among anyone else outside of their cult. I have also pointed to their propensity to sequester themselves in enclaves - [ghettos] wherever they are in order to keep a tight rein on their DNA.

UNDERSTAND! That any prohibition to "mingle" with the Gentiles, as they refer to everyone outside of their Babylonian-death-cult, is 100% AGAINST the laws that the true Eternal One expressly gave to Abrahim on that specific topic!

THAT ALONE is proof that Abrahim was of the Righteous SEED, and they are NOT!  MOREOVER - The false "Hebrews" who are called "Jews" (BUT who are NOT all the people who identify as "Jews") have, in more modern times, been labeled "Jews" because their first reign of terror began in [Judea!], unlike the original "Hebrew" Yehudah along with the other 11 HEBREW tribes who always lived in Northern Canaan - (Most labeled as Sephardi Hebrews later) - CHANGED the historical and biblical way that the true Eternal One told us to IDENTIFY any family lineage, which has always been - THROUGH THE FATHER!

They changed it later, saying that ONLY the mother can be used to PROVE the identity of any "Jew."

YES! Of course, they did! Because, they began telling everyone via the advent of DNA science, that only the mothers Mitochondrial DNA could prove a person's lineage!  AND THAT "MAY" BE TRUE at the merely, physical DNA level!

BUT THAT IS NOT WHAT THE ETERNAL ONE WAS PROVIDING FOR ALL MANKIND WITH THE ADDITION OF HIS SPECIAL -
BEACON-SEED!

Do you SEE? Their false god gave them a law to make total, social segregation part of their religion - TO HIDE their DNA from something, someone, somewhere! Their false god gave them a law which totally contradicted the original law given to Abrahim; that ANYONE, from ANYWHERE, who wished to join them, could do so, IF THEY LEARNED the ORIGINAL 1st Law, and LIVED it; that they would then be treated by everyone, as HOME BORN, or as we say - Sabra! Meaning, OF THE ORIGINAL ROOT! Does THAT now sound a lot like something the great master Yehshua told you? Right! Because truth never changes!

So, the one thing that they have ALWAYS been taking great pains to hide their DNA from, while at the same time attempting to locate at the DNA level via their many scientific pursuits which they do under false pretense, is that special, Beacon-Seed!
Because the Fathers Beacon-Seed gets in and crushes their blood firewall from the soul in each person, and dismantles the reptilian seed insertion, along with its over-riding evil influence code from the fallen ones.
Once that happens there is no return for them, no, re-injection because that would take a persons CONSENT, and by that point, the Beacon-Seeds work is done and cannot be reversed! Thus, the person will NEVER give CONSENT to Lucifer's control again, knowingly.

Most Christians truly believe that they have a grasp on what Jesus/Yehshua was trying to tell people. Believe me, they do not, because what they do know is based on a version of events brought forth by these evil seed people via the original Hebrew texts they usurped and changed so drastically, which is yet another topic that I have proven to be the case in spades!  And those texts that they could not change enough without destroying the entirety of their original context, they stole and hid in the Vatican, and in Israel; such as the Dead Sea texts of the Essene's, of which Yehshua was a master, member. Also removed were the Enochian texts because they also prove what I am saying, as do the books of Jasher, and Jubilees, IN THE HEBREW!

Most classically trained Christians, none of which speak, read or know the Hebrew language or culture at the depth required to understand one point of our history correctly, nor do most even know that the alleged "translated" texts they have are little more than a 50% commentary on the original Hebrew texts which had already been usurped, and re-written for public use even among their own cult by the scribe Ezra while still living in Babylon around 525BCE. So, it would behoove everyone to read and assimilate every single word of what former CIA agent Jim Stone has written in the article below, and pass it along as far and as widely as possible, along with this link to my new Beacon-Seed book!
And, unlike Stone, I have been a passport-carrying Israeli citizen of Karaite, Sephardi lineage for many years now. So, no one can say this is at all anti-Semitic coming from me. It's Anti-Evil! And evil has No Nationality. Nor is Judaism a Nationality! It is their false Babylonian religion. Being "HEBREW" IS a Nationality! And culturally, original Hebrew's have NO man-made, corporate religion.
The ancient, original and modern "Hebrews" follow the true Eternal One via His 1st Law of Free will, which is encapsulated within what the great prophets, especially Isaiah who referred to it as - The Everlasting Agreement. Which is what the original, reiterated, Law of Moshe was, as well as the law that Yehshua spoke of in connection with Moses all the time, vs, the false, 2nd law which can be found within the later contrived pages of the books of Leviticus, Numbers, and Deuteronomy - which in the Hebrew is "Debareem" which means - SECOND LAW!

READ every word of the following article, and it will then be far easier to believe what I have written above and also give you a great primer for the Beacon-Seed book. To know just how utterly and completely all the people of earth and their religions have been co-opted by these same people from ancient times to this very moment. They have been and are behind literally every single evil event, social organization, military endeavor, intelligence service, religious order and false flag that has ever occurred.

Mankind, through their totally controlled religions, has been dumbed down so far that these people walk among us and drive humanity insane, and to their deaths with total impunity while all people kneel for their false priests to take the polluted wafer into their mouths, only then to line up themselves and their children for false doctors to receive even deeper contamination, remaining stupefied, having their once potential clarity, ability for critical thought and wisdom removed!

What was it that the prophet Hoshea said about GODS people being ignorant, not knowing His original law? 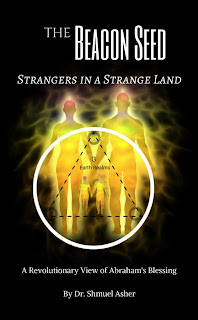 Soul Revolution -  Trinity of Humanity - Is the key proof for why they do this work generationally. "Surely, for the thinking person wh...