This vid (below) is spot on, but they left out one major understanding which is the most important understanding of this Super-Holographic reality in which we live. Which is - WORDS & THOUGHTS CREATE BELIEFS AND PARADIGMS AND ALL OF THAT MATTERS! But not for the very basic reasons most small minds tend to believe.

As I have reminded, based on modern scientific findings in quantum physics by renown scientists which I have researched extensively;  [OUR actual "Souls" "Project" everything we BELIEVE and SAY and THINK most often! Projected into our world reality for GOOD or for EVIL which then ""BECOMES"" - i/e CREATED into our reality] You personally may see that created feedback at times via other people, government systems or events that suddenly arrive into your life to disrupt or aid you, or you may never see them. But someone does. When the Christian's prophet Jesus warned how the human tongue - SPEECH - in general, is a two-edged sword, he was NOT referring only to our words being hurtful or uplifting, he was attempting to teach near retarded people who had no scientific vocabulary yet about the power of the Living-Soul and its unseen/unperceived ability to CREATE GOOD or EVIL - In layman terms - Shit-in-Shit-Out!

So, when you hear them in this video go on about the many times we are being asked - DO YOU HAVE A CHIP? Referring to your credit card, what they are advising you in this video is correct, but woefully lacking in descriptive content as I have just provided above. But am I fully explaining the depth of this issue? Maybe not.

THINK of it this way - What if others, above us, "Global elite, nazi Satanists", etc., knew about this CREATIVE SOUL ability in far greater detail than anyone else alive. And being as few as they are in number when compared to all the people on earth who they wish to enforce complete control by any means possible, they worked continually to INJECT whatever WORDS/THOUGHTS/IDEAS/BELIEFS which build PARADIGMS, but only those that they wanted us, "individually & collectively" to have, to hold dear and thus, to create, to bring their paradigms into this world in literal form! All of which has and will always be the antithesis of what THE CREATOR wanted "Projected-Created" into this creation system.

One real-world way to better understand what I just explained is this; You know how we have all heard the idea about how, by our own taxes we have been funding our own destruction due to the unabated evil in our govt, etc?  Well, by unwittingly consuming all of their false-narrative programs and ideas, from sick Hollywood to anti-freedom based laws to a totally corrupt and sick medical establishment, failing economy and their corrupt and disruptive global politics which all lead to war eventually, we have in kind been CREATING their plan for them. Almost guaranteeing it! The first way - [ funding our own destruction] we can all see in many ways because those are done to us overtly, but the far more insidious scheme remains mostly unknown to the majority. And if you don't even know or believe, or even conceive that such a thing exists or can exist, then you will always be captured by it.

Nearly all people have completely missed all of this which has been a war waged against the souls of humanity from Adam to this moment. And they missed it because of these evil fallen ones and all of their humanoid sycophants laying the minefields against us, work in NUANCES!

The bottom line is this; all systems are controlled with very specific functionality, and the words, questions, and requests associated with everything have also been very specifically chosen, knowing that these consensual words will be spoken into existence almost daily by every soul on the planet which feeds back into the systems and eventually, BECOMES.

If they only had you and me to work through, they could game us like this for 10 million years and gain nothing. But they have an alleged 7 billion creative souls to work through, which means all outcomes/events come to fruition much faster.

SO - START ENGAGING THAT BRAIN AND DISENGAGE THAT MOUTH - STOP CONSENTING!

THINK of it like this - EVERY question you are asked by some drone worker or govt official etc., TAKE IT as if they are attempting to gain power and position over you and stealing from you. That make's it far easier to stop consenting. Because truthfully, in the end, and in most cases in this world, that is exactly what they are all attempting to do to us every waking minute, and even while most of them do not even know they are doing it. However, be advised that many actually do know what the game is and how it all works. You would be very surprised to find out. Law enforcement, Judges, and lawyers are some of the worst of them.

FOR AN IN-DEPTH UNDERSTANDING OF THIS SUBJECT, READ SOUL REVOLUTION! 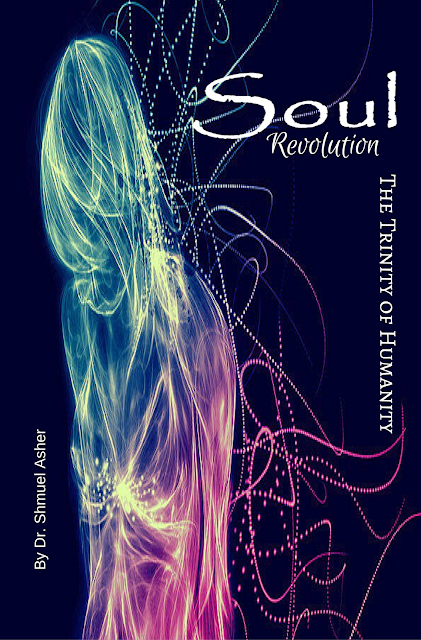