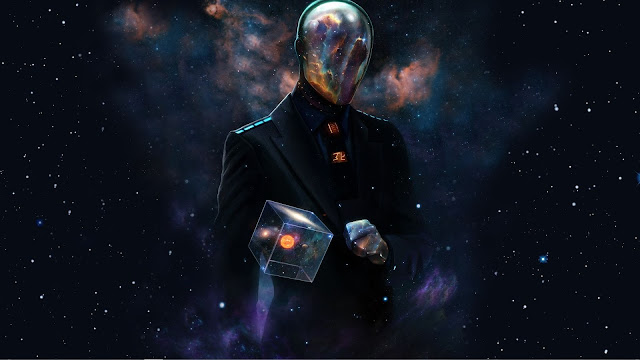 There is one hell of an insane ritual being disseminated around somewhat recently that appears to be growing in ignorant "drone" followers called "Blood over Intent."  For those who have learned from me directly or read my books, this demonic blood sacrifice ritual is easy to spot and ignore. However, there still seem to me many who have learned and reached a point of understanding and wisdom concerning the Eternal's original agreement with all souls, but who also continue to seek other alleged, possibilities. Of course, I have always warned against such futile activity, especially when people tend to mingle the false with the minimal but substantial truths they have finally been made aware of. This ancient demonic blood ritual that is now being passed off as something new and powerful, of course, should be avoided at all costs.

Someone just resent this TV series excerpt link to me today - (Below). I have seen it before and also sent it around some years ago. Here it is again for those who may have missed it, and to remind the rest of our grave situation with the evil usurpers of this creation space.

Listen to the dialog carefully, because they have in many such shows and science articles, been overtly telling all souls who will hear exactly what they have been doing to us and will continue to do with us. That is until we finally learn to UN-Consent via the Everlasting Agreement.

And I will continue to point out that every soul who "returns" from their deviation of the Everlasting Agreement in life, should NOT in death, be subject to this Archon interaction at all. I will also point out as I did in the new book Soul Revolution, that most people/souls in death are NOT given a choice, much less a conversation leading them to consent as we see happening here in this TV show excerpt. 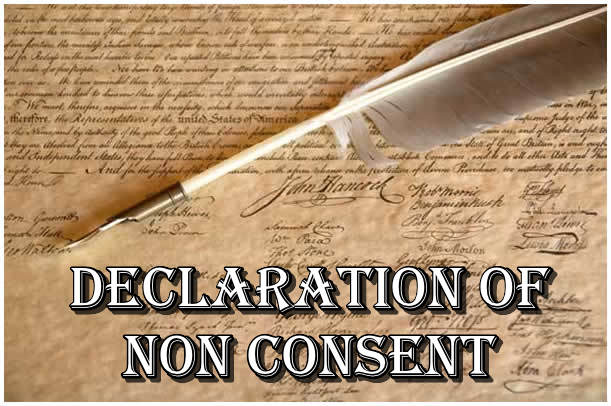 So then, I ask since this TV show was made LONG before anyone on earth became reminded of the Everlasting Agreement and provided the detail concerning HOW to return;

Well, here is my answer for what it's worth. And for those who followed the StarTrek series, you will already know this:

The short answer is; everyone depicted in all Star Trek shows to this day have always been depicted as "Vegetarians". In fact, several shows among the various Star Trek series have made it a point to say exactly that. Therefore, Captain Janeway, in this excerpt, had already been "mechanically" keeping the Everlasting Agreement since birth, since the human culture on this point had long changed. Therefore, the elite sycophants of the Fallen usurpers were commanded to provide this TV depiction of her soul being gently led to consenting, to entering, but not by force.

Also for what it is worth I will point out again, that all those who FIND and CONSENT to following the Eternal One's Everlasting Agreement in life while they still have the chance to choose to remain against it, will bypass the stage depicted in this show excerpt, and be returned directly home.

Also as I point out in Soul Revolution, there are many people alive today who have died and had that exact experience of bypassing the Archon system and being returned directly back to their source Eternal.

So, this is a good reminder of that if you are one of the many who continue to skirt the edge of living within the simple and mercy based confines of the Eternal One's Everlasting Agreement.

I am not often caught quoting the Muslim prophet Muhammed, but in the case of our current situation with the souls of humanity and where it all appears to be going at a quickening pace, I have to say, very few if any words can quantify how all souls should be in regards to The Eternal One and His simple instructions to all living souls:

"Life is but a moment, so make yours and obedient moment."

In case you missed it, here is the only book on the planet that reiterates and teaches about this eternal agreement: "The Land of MEAT & Honey - 2012" 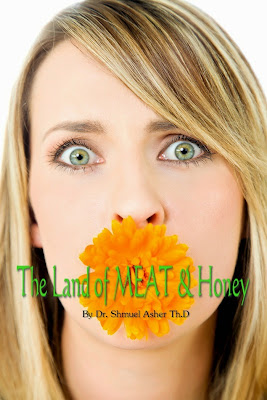 Good example..! 'Hollywierd'... like nothing better than to shove it in your face, sit back & laugh! Where is the best place to hide something? Right out in the open, particularly, when it's something you don't know or recognise what is is your looking at!

This makes sense regarding two NDE stories I have heard before...

Please help. I have done this because I was I'll informed and I need sincere help. I don't want to go to hell for eternity. I'm from there. God keeps giving me chance after after chance I keep screwing up. I was led astray and yes I did it because I thought I was doing something for the good of all. I realized shortly after I made a terrible mistake. I repent and repent but I keep feeling doomed. I know I will reap what I sow but this is far more than I could ever bear. Knowing that I'm possessed and am a clone is crushing. Knowing that I'm hell bound is something I can't even comprehend. I need help bad. I want to do good and follow in the footsteps of God. Please help

If you know to do that which is good just do it.