Fallen Souls and the Moon-Soul Catcher 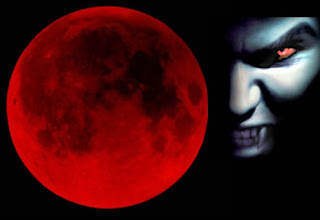 The following opinion was given after being asked for my thoughts about how so many people's moon experiences, astrology's, rituals, etc., have been good personal experiences, and NOT negative as we would imagine them being if the moon was fake and a piece of alien or fallen angel technology put here to manipulate the souls of humans.

This is actually a question that has been coming to me over the last two weeks or so. So, few are alone on this one.

My thoughts and deeper understanding on that subject are too many for email. Suffices to say I have proven beyond any doubt whatsoever that THE Prime and true Eternal Creator of all things did NOT create that or any moon here. The oldest and newest Hebrew texts in no way support the creation or existence of any moon object.  Also, truthful scientists know that what we see as the moon, was at best towed into place somehow less than 50,000 Yrs ago, and they site why they know this.

The alleged "moon" up there ( as we have been taught to believe it) does NOT affect tides or fault lines or volcanoes, etc. The moon machine does, however, historically, and as you seem to be expressing from personal experience, "appears" to affect many, not all, but many humans in various ways. There have been some smart humans through history that made it their custom to hide indoors or caves when they saw any eclipse. They believed that the eclipse caused all kinds of bad stuff, even turning some people into zombies, etc. That is historical information that they wrote down as a warning. So, they must have witnessed something along those lines.

There is other ancient info saying that the moon is Metatron, which may or may not have been Enoch's handle after he was renamed. That info says that this "Metatron" is a planet sized angel that overwatches this creation.

NOW, my question is; was Enoch given the angelic abilities and status as that book tends to state, and then given the job of watcher over this caged creation using some hidden (behind the moon hologram) technology to overwatch this place and the souls in it, at one time, BUT, then later got over thrown and his tech confiscated, and now used by the fallen ones?  That could easily be I guess. The war in heaven and all that jive.

Or, Metatron is not Enoch at all and is actually one of the fallen in the first place. All of that history is a bit shaded and fragmented at best. So who can know for sure?

As for all the BS Zodiak machinations, it's a system that has been established or usurped by the fallen just like this entire snow-globe we live in. USURPED! Thus, all we can do and use that system, for now, is, to know the times and or seasons for all of the fake prophecies they created in the first place. I do not believe they can have any other righteous use at this time.

THINK about it! If this place was not domed and closed off under water previously, and all the souls here had full access to the entire, greater creation that we incorrectly call "the universe", and also had all of the knowledge of that expanded creation, knowledge of "GOD"; then WHY in the hell would our Living-Soul bodies need to have stars, suns or moons for signs, times, seasons, etc???  WHY?

Step way back and think about the FAR larger picture as we THINK it has occurred from the beginning and NOT only from our own, small, life experiences.

THINK about what a disembodied Living-Soul KNOWS and NEEDS and or does NOT NEED!

It KNOWS everything and NEEDS only it's tether to the Eternal Macro-Soul who created it. No Food, no clothing, no heat or cold, no grass or trees, no stars or moons, no signs or seasons, no pro-creative process, no vehicle to travel, no sleep, or air....

Did Moshe in that wilderness need a watch for telling time or stars or moons? Not really. WHY? Because they were fully protected and provided for on every "human" level and had no need to work or toil for those things.
To me, the larger understanding of the Exodus and 40 Yrs in the wilderness story has been 100% missed by everyone on the planet. In its best case scenario, (which would have been everyone complying 100% with the original laws given), is a picture and proof of the garden/heaven experience.
Meaning; Fully cared for. Nowhere to be, nothing to toil over. No debts. No personal issues. Just eating, sleeping, being warmed or cooled to perfection at all times. With our biggest daily decision being - 'what happy or exhilarating experience can I find today?'  THAT is the picture, the hope that everyone to date has missed completely. Not one single Rabbi or Christian preacher has uttered that superior understanding.

We have NEVER needed the moon or a sun or stars at all, and the final prophecies do seem to say that none of those things are going to exist anymore AFTER everything is RENEWED back to where it began someday. At least they will not exist for those specific purposes. And, if we find, in that day, that they WILL be used for those same purposes; And THAT time will also be a new controlled lie and trap laid out by the same evil ones!

If our souls are not made to be 100% free of all incumbrances someday; free to leave and explore the extensive reaches of a never ending creation in any way we see fit while living within the Eternal One's original law of the Everlasting Agreement; then that too will be another lie and redirection.

Anything and everything that stands between our free, living souls, completely unencumbered by any means has been, is now, and will forever be a lie and enslavement.

THUS, the moon is a lie and alien to us in every way possible just as some ancient people believed it was.

The moon, as a soul-sucking machine is NOT at all a new concept, it's an ancient concept. The alleged SUN is also not what it appears to be, and there is a very good and real reason why the Egyptians, before death, centered everything they believed and did around getting their souls THROUGH the sun gate. Because they damn well knew what the moon was, AND, their leaders were most likely all Annunaki aliens from another fallen snow globe creation space who knew how to get back.

Interestingly, and as I have pointed out in my books:
The Hebrew word for moon, (Yareach) - יָרֵחַ - which is derived from the Egyptian word - (Yah), which we transliterate in English as (Aah), but actually had the pronunciation of (Yah), and known to them as the Moon-god YAH! Which of course continued much later after their Exodus experience and into the Later Babylonian-Jewish cult as their (non-Hebrew) god and benefactor - YHVH.

I would also posit that they all faked their deaths and left. So, in that regard, we can now connect those Annunaki, (called the Annuke) in the bible, as yet additional entities created by the fallen ones to do their bidding. They gave them god like technology to fool the masses, which is why today you won't see them showing up anymore as "gods" but as alien brothers with really cool tech.
Because we have advanced enough to the point where no one will believe they are gods just because they have cool tech. I guess they have Holywood to thank for that.

I watched someone recently interviewed by a personality on Youtube who went through some star charts that he made for certain celeb's. Conjecturing as they correlate what the star charts say about that person's personality and life choices etc., But what they are not at all realizing is that the entire system has been fabricated via super-technology to represent those attributes in the sky and in us.

Meaning, your soul, (this time) was strapped to a chair and hooked up to their Celestial-Programming-Machine -(CPM)

and infected with a certain, specific star pattern which has been directly connected to their frequency-control-grid system, both working together.

Meaning, THEY provide each soul's "star-chart data" and then send them down here to live that manipulated lineage out. On top of that, and as they have done with all of their main false narratives; they also program certain souls as "Astrologers" who then come down to bolster their original false narrative making it real and accessible to all of the unenlightened souls living in our new hell. The hell of our own making.

Exactly the same program they use to give certain people/souls the ability to see dead people/souls. Who then make it a career and continue to drive that particular false narrative further and deeper into this usurped creation space.

Why is it so easy for some of us to say - 'everything we have been taught is a lie', in one breath, but then continue to believe the most virulent lies and systems of manipulation as real or true?

There is much more but this is already the start of another book that I don't want to write.

Bottom line in my opinion is; We are either children of their moon, sun/son and star system; or we are children and the microcosm soul creations of the ONE true Eternal Creator. As I always say; Can't have it both ways.


THIS is a great website resource for all things moon and sun related HERE: