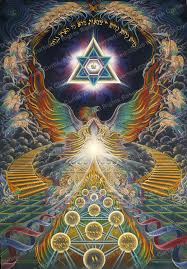 The following is my critique of the less than detailed information being put forth by those newer news entities  who are only recently becoming aware of Mr. Ron Wyatt's research and alleged findings.

Before reading this and or watching the Wyatt videos below, all information which has been around and available for many years now, and surely not new, I would like to admonish the reader to PLEASE remain AWARE of "where" Mr. Wyatt was searching for such things, and "who" was always totally in charge of what he was "allowed" to see. Everyone must be aware that nothing, and I mean absolutely not one single little thing, fact or fiction, alive or dead, moving or stationary, spoken or even quite possibly thought, within the boundaries of that State, is thought of, spoken of, moved upon, much less dug up, without their full and complete knowledge, even before you got there. I cannot express this absolute fact with enough force.

Now, if the Ark was NOT manufactured in the wilderness, and was present long before the stories of its alleged wilderness Mfg as I have proven in the texts of Exodus - (see Asher Codex); - and if a lot of other evidence from several authoritative sources outside of my own findings, all concur, that the so-called "Ark of cov" was a power source that was removed from its identical sized container which remains even now in the Great pyramid empty, most likely removed by some of the the Hebrew or Egyptians leaving, possibly by the instruction of another voice/god - YHVH - who always appears to be close at hand in order to apply his "Siren" voice for the unrighteous to follow, just as all satan worshipers and Wiccin types follow this name and entity to this very day, and publish it openly in their writings, as I also proved in 2010.

A. Remember - Virtually ANYTHING to do with the spilling or use of human or animal blood for any reason, spiritual or ritual CANNOT be of the true Eternal One. So, regardless of what anyone WANTS to believe, the alleged, and I emphasize "alleged, blood of Yehshua being on top of the "allegedly found" Ark, CANNOT be found to have any allegiance to any belief or ritual of the Babylonian cult who took, used, and hid the Ark in the first place.

B. Also - his alleged blood, regardless where it may be found, if in fact any of this is true at all, and the tests done were truly valid and not compromised (and lets all remember who and where this was done), the blood itself means nothing and has no power, since no blood sacrifice was ever given by the Eternal One for atoning sin. Proven by the fact that the Levites "allowed" within their man-made system of sin atonement, the ability for anyone to bring other non-blood atonement offerings for the same level of sin atonement.

C. In the video below you will see at the 16:07 min point a depiction of the Ark. I can only guess here, but I would tend to think that given the fact that Ron allegedly physically saw the original Ark, that this depiction is an accurate representation of what he saw.  NOW, what do you see in the center of it, but the literal representation of what ALL should identify as the IMAGE of the unholy ones. The triangle w/all seeing eye at its center!

D. One of the 4 angels who work for SOME god, told Ron to remove the Babylonian "head-stones" which have the earlier Egyptian / Hammurabi laws etched on them. Again, proven by me - (see Asher Codex). Either way, the etchings do not and will not have the "original" (7) instructions on them.  You will also see that Ron gives absolutely NO indication of the tablet's form or color, as they have been depicted in certain, later, modified Hebrew texts. I would think their construction and color would be the very least of the description anyone would provide after such an event. As well, no description of the angels either. Furthermore, Ron does not tell us that the angels gave instructions NOT to give any such descriptions, so why don't we have them?

E. VERY interesting, Ron does tell us that the angels advised everyone to keep these 10 laws, and quoting Psalms, which in fact were NOT given or written by the true Eternal One; Ron tells us they said that a NEW law will be passed which forces all men to break these 10.... Which of course will be bad if you truly believe those 10 are the original instructions of the Eternal One AHEYEH!
The main and ongoing problem with almost all men, in all religions; not one of them ever ask WHICH god-entity is speaking, or being represented by any other entity/angel! That's the issue!

F. THEN, right after that, at the 18:22 mark, he quotes the prophet Yehshua who is again admonishing everyone, that (if) they keep THOSE man-made laws, that THEY will receive the Mark of the Beast!  Here is the truth people! Not Ron, nor 99.9% of the Christians on this planet have any clue whatsoever WHICH LAW the prophet Yehshua was speaking about! (See Land of Meat & Honey - Asher 2012)  The prophet was speaking against ALL of the false Judah, Babylonian 2nd law, of which those 10 are the foundation!

G. At the very end of part-2 Ron, with the correct heart no doubt, asked everyone to HEAR & DO. And as much as he himself believed what was shown to him, and it may have been real, it was shown to him because he has no wisdom to inquire and force those who stand there representing some god, WHO that demigod entity is!  Jeeze people!  You all believe you are sheep, but even sheep know without a doubt who their true shepherd is!

Here this - not one shred of information was provided by these alleged godly messengers about HOW to correctly keep those 10 laws! And if you believe even one of you understands why that's important, think again, you do not. The fact is, that much required detail was left out because the ones who will be NEEDED to SHOW you HOW to do them in that day to come, will be exactly the same false Judahite Orthodox Pharisee's that the prophet Yehshua railed against in the first place. THIS is the long game - TRAP!

If your SOUL has truly been finally reunited to its original Creator, who resides in your original estate "above the expanse",  and you live it daily, no other law can ever force you to break His original 7!  And no other Pharisaic entity is ever needed to explain its simple detail! And no other special "holy" objects, candle sticks, temples, or angels needed to have "show & tell" in order to prove it true; your soul, which is and always has been the Micro-soul to His Macro-soul is all that is required to know its true Creator and way home - TESHUVAH! - (see Land of Meat & Honey).

So, my questions and thoughts are:

And do not forget the basics -  Virtually ANYTHING to do with the spilling or use of human or animal blood for any reason, spiritual or ritual CANNOT be of the true Eternal One. So, regardless of what anyone WANTS to believe, the alleged, and I emphasize "alleged, blood of Yehshua being on top of the "allegedly found" Ark, CANNOT be found to have any allegiance to any belief or ritual of the Babylonian cult who took, used, and hid the Ark in the first place.

1. What does the blood of the prophet Yehshua have to do with the Ark-power-source?

Answer - If anything, his blood, being previously changed or more surely "amplified" during one of his life events, may actually work against the ark power itself, and also against those angels that protect it. HOW? Obviously from what I saw in these videos - at the Quantum level, just as our newer science is proving our brains work in direct relation to our "living-souls". (see my next book - Soul Revolution)  If not, then I hate to tell you, but Yehshua would then have to be viewed as literally part of the great delusion these lower-matrix entities are projecting on the world all this time. CANT have it both ways - either his blood is thwarting their evil efforts, or it is aiding them!

2. Who are those Malakim working for? Again, not one person, Ron; those with him; his family; or most anyone watching these videos all these years, ever even think to ask! Why, because they do not seek wisdom, only ritual and dogma.

Answer - Given what was allegedly told and shown to Mr. Wyatt, more specifically enlightening, what was not expressed by them, and the fact that they were inside 'this' matrix-creation guarding some Egyptian relic in a cave? Tells me all I need to know about who they serve. The true Eternal One needs no relics or Temple trappings, only the observation and obedience to His simple laws for LIFE. Those which bring no death!

Excerpt video from parts 1 & 2 below